Prosthetic Devices and Rehabilitation Solutions for the Lower Limb Amputees

Bipedal locomotion is considered as the first and most important evolutionary conquest of the human species. The human gait, as part of human’s locomotion, requires, mostly, the coordination of the lower limbs and trunk. Yet, amputations of the lower limb may happen in an individual’s life affecting not only the locomotion but also the physical, psychological and emotional health. In the west it was estimated a number of 1.6 million people who were amputated from the lower limb, also it is expected in 2050 that that number doubles to around 3.6 million people.

Prosthetic joints apply biomechanical engineering principles to try to simulate the function, if not the anatomy, of the amputated limb. The current commercial state-of-the-art prosthesis are not capable to fully replace anatomic joints due to the loss of kinesthetic and proprioceptive sensation with prosthetic components. Besides, despite of the axial deficit of the missing limb can be reasonably replaced, there are great losses of power-generating joints and musculature associated with both transtibial and transfemoral amputations. Thus, it is of great importance the design and development of devices energetically active, capable of providing net power at the joint and offering the energetic substitution and necessary power supply to compensate the gait deviations that arise from an amputation.

Despite suffering from peripheral neuromuscular and skeletal damage, which can be successfully overcome by replacing the missing leg with a prosthesis, a lower limb amputee faces sensory impairment that profoundly affects the internal body representation and thus the closed-loop feedback information provided by the somatosensory system. So, aside from the prosthetic device, this project also explores strategies to encourage the user’s active rehabilitation providing an assisted living system to help overcome obstacles and stumbles during locomotion, and improve stability to restore confidence and full mobility in Activities of Daily Living (ADL).

This research is a multidisciplinary work, aiming to overcome the aforementioned drawbacks of the existing lower limb prosthetics and propose a solution to fit within the satisfaction requirements of the patient. Its focus is on the development and design of an active lower-limb prosthesis in the context of an artificial and bionic replacement of a missing body part (i.e. lower-limb) and the full mobility of the patient for Activities of Daily Living (ADL). Specifically, it proposes a robust, intelligent, adaptive, affordable device that also provides sensorial feedback, capable of fulfilling most of the user’s needs.

This project’s main goal focuses the development of a prosthesis capable of fulfilling the torque, power and energy requirements of a sound lower limb, while delivering the necessary push-off forces during gait. The first concept generation device followed the set of customer needs and target specifications, always considering the functions and sub-functions of the device, along with the biomechanics of physiological gait. 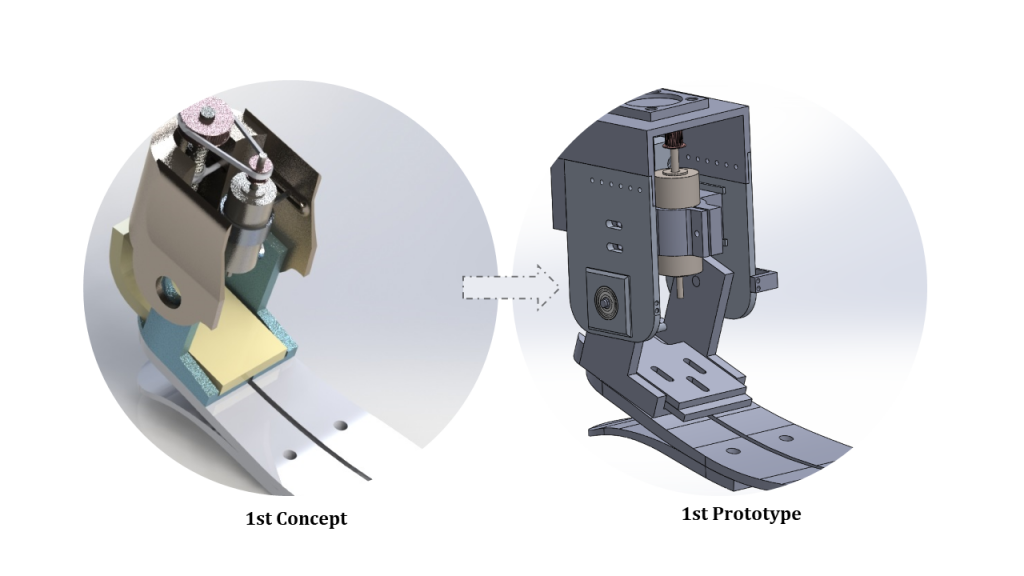 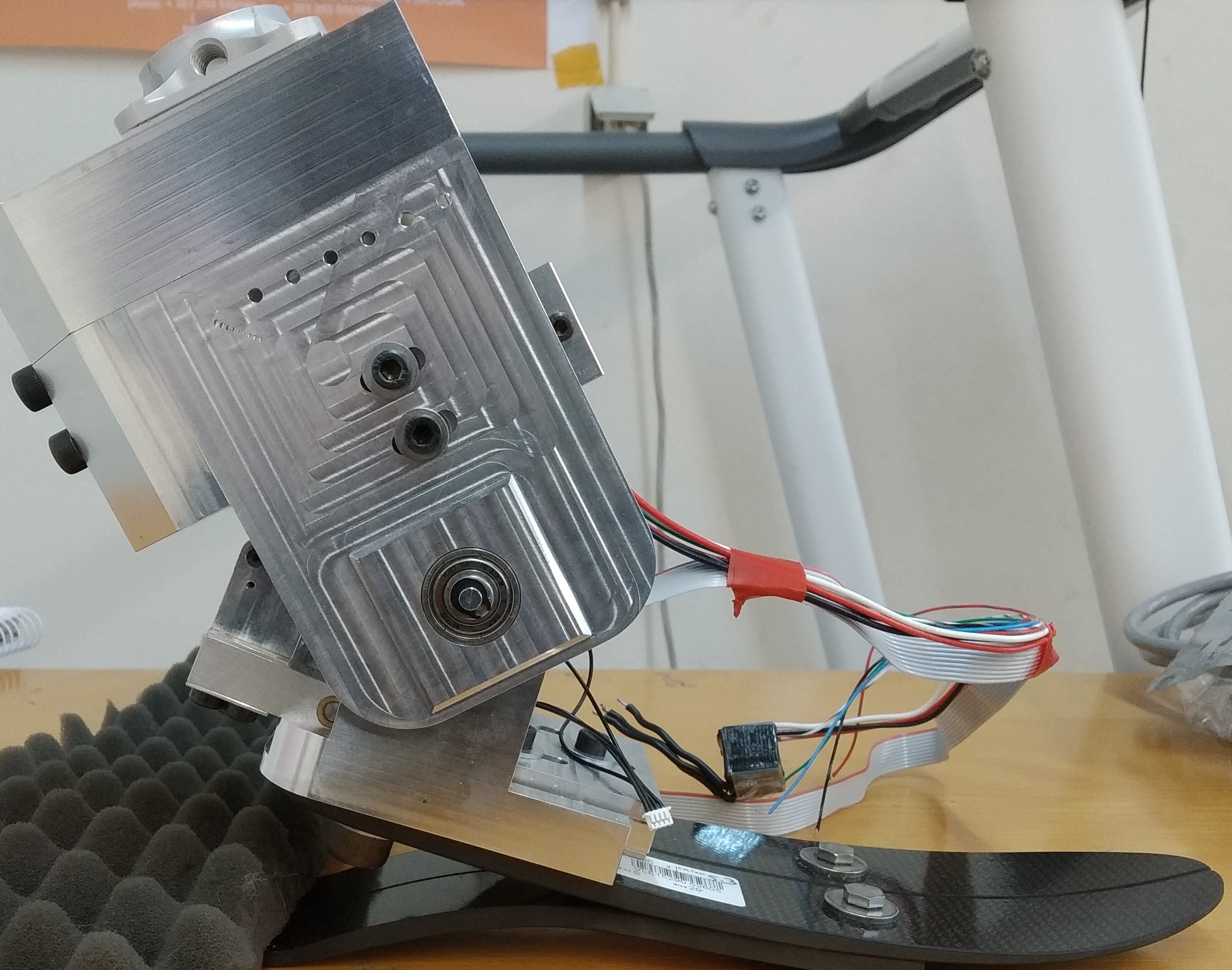 The control of the powered prosthesis focus on a bio-inpired controller, and reflexes, and proposes a continuous gait tracking that accurately couples the controller to the environment, thus assessing the user’s intentions. A neuromuscular bio-inspired biped controller presented by Hartmut Geyer and Hugh Herr was implemented in our transtibial prosthesis to obtain the best prosthesis controller available. This controller comprises two Muscle Tendon Units (one dorsiflexor and one plantarflexor). Our amputee model replicate the contributions of gastrocnemius, soleus and tibials anterior functions.

A distorted somatosensory input from the side of amputation is verified after a limb loss, and thus, the lower limb amputee is faced with the challenge to develop motor strategies that allow him/her to accomplish functional activities. In the absence of treatments that restore the functionality of the sensory system, in this project, BiRDLab is developing a biofeedback system for stumble and stability correction in gait training sessions. The biofeedback system consists of a mechanic vibrotactile sensory input, on the skin, applied in specific moments of the prosthetic gait to give the amputee more insight and perceptibility of his own locomotion. The device is intended to be wearable, affordable, and ergonomic.

Clawar: Wearable technology for rehabilitation and daily assistance at home and work